Most runners understand the gist of Ragnar, and are familiar with the overnight relay series’ motto:  Run. Drive. Sleep? Repeat.

If you've seen the motto emblazoned on Ragnar tents and brochures, you get the gist of the race.

That motto accurately sums up my experience participating in Ragnar, D.C., last Friday and Saturday, so I’ll spare you the mile-by-mile race report (though I will be writing a first-person account of the race for the next issue of Washington Running Report, which I’ll post a link to here once it’s live on its website). Instead, I’ll offer some lessons learned for people considering the relay—and some reasons why it’s something worth doing if it sounds appealing to you. 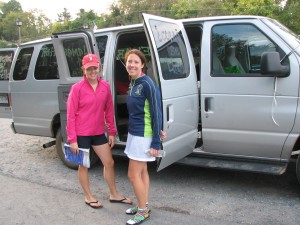 I get tired all over again just LOOKING at this picture, taken shortly after we woke up in a church parking lot.

Lesson 2: Your demons and physical quirks come along for the ride, so be honest about them beforehand. I have a sensitive stomach that flares up when I don’t sleep, during long runs and when I eat unfamiliar foods. I also get motion sickness on long car rides through winding and bumpy terrain. I get migraines, also exacerbated by sleeplessness. Why was I surprised when my body behaved accordingly during Ragnar?

Lesson 3: Bring a wide variety of food, and assume that you will crave whatever you didn’t bring. I brought some snacky foods (candy corn, gummy bears) and some healthy meals (whole-wheat couscous with veggies, apples and peanut butter), but resorted to a steady diet of animal crackers, Chex Mix and Pepto Bismol straight from the bottle by the end of the race. 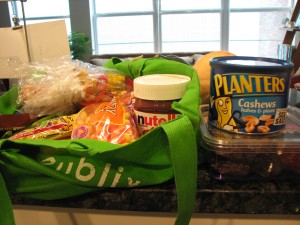 I brought this stuff. I wanted other stuff.

Lesson 4: Staying hydrated is a physical challenge in and of itself, especially if you face record-breaking high temperatures, as we did last weekend. As one of my teammates put it, “you are not drinking enough water until it’s coming out your ears.” And you can never bring too much water. We wasted precious sleeping time finding a convenience store where we could buy several gallons to restock.

Lesson 5: The same teammate noted that “snacks are not meals, and will not sustain you as such.” Besides $6 plates of spaghetti from the Clear Spring High School cafeteria for dinner, we refueled by grazing on snacky stuff, which gets old fast. 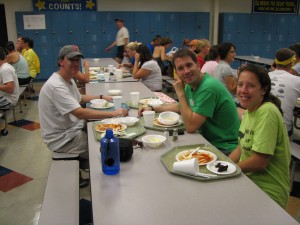 All of that said, if you think Ragnar sounds like fun, it’s worth trying. Here’s why:

The costumes and van decorations are fun and outrageous. 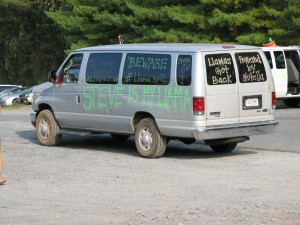 It is one big outdoor adventure, from the trail runs to the pseudo-camping we called sleep. I ran up a mountain, through two state parks and forests, along quiet, winding country roads, through blistering heat and through the cool dark of night in a span of 24 hours—how many other races can you say that about? 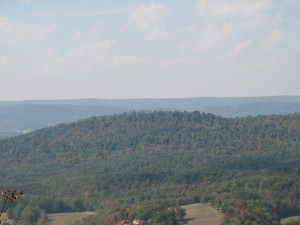 Overlook courtesy of my trail run up an 800-foot hill in Green Ridge State Forest.

And there’s something to be said about the sense of camaraderie borne of teamwork, shared trauma and matching reflective vests. 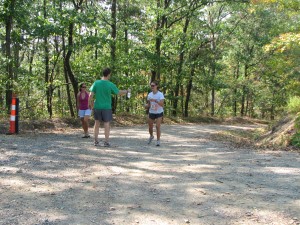 My teammates greeted me with water and cheers at the top of the aforementioned hill.

Some things I’m glad I brought: Febreeze Sport. Deep Woods Off. Foot powder. A dry set of clothes to change into after every run. Lots and lots of baby wipes.

Would I do it again? Never say never, but … I’m going to go out on a limb and say never. When I finished my first marathon, I immediately started looking for my next one. I think this is more of a “cross it off the life list” kind of thing. Maybe I’ll feel differently in a week or so.

Am I glad I did it? Absolutely. And if the premise sounds like fun to you, you’ll be glad you did it, too. 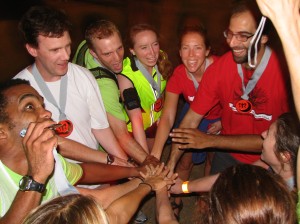 Have you run Ragnar? What did you learn from the experience you wish you knew beforehand?