I think I had my first encounter with heat exhaustion this week. 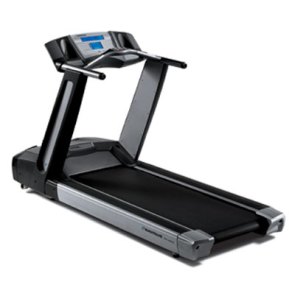 A possible encounter with heat exhaustion Tuesday drove me to the treadmill today.

I tackled my long run, something like an 11-miler, late Tuesday morning, when temperatures topped 89 degrees in Washington. I felt OK immediately after, but starting Tuesday evening, I began to feel like a truck hit me. I’d brought a little 18-ounce water bottle on my run, sipped water compulsively throughout Tuesday afternoon and continued to hydrate and be smart on Tuesday night, when I skipped having a drink at the Nationals game to keep my body feeling good.

Still, I woke up on Wednesday feeling like death, the way I’ve only felt after a few Gate River Runs in Jacksonville and one 18-miler in Jacksonville that I made the fatal mistake of leaving for at 8 a.m., meaning I was running in Florida, in April, at noon. Gaah!

Is there such a thing as late-onset heat exhaustion? I’m not sure, but if there is, I certainly felt it Tuesday and yesterday. I think my biggest mistakes were running without being acclimated — my poor body was expecting the 65-degree glory of Monterey and San Francisco, not the hottest and most humid day of the year in DC — and not taking more water, considering I had to literally wring out my shirt several times. Also, I made the major mistake of waiting until I already felt bad to ease up during the run. Truly, after living in Florida for four years, everything feels cool by comparison. I was so busy congratulating myself for being hard-core on this count, I forgot that 89 degrees is just plain hot when your body’s not used to it.

In any case, I think I slept it off, going to bed around 9:30 p.m. last night and waking up at 9 a.m. today, which is simply unheard of for me. I also learned my lesson, and am forgoing my planned trail run this morning for a speed workout on the treadmill, since today’s even hotter than Tuesday. I dislike the treadmill to the extent that, when I tried to think of a positive spin I could put on today’s workout, I could only think that doing speedwork on the treadmill makes it less boring, and means it’s over quicker.

But it will make me faster. It will get me in shape to run the Marine Corps Marathon in the fall. And … well, it will be over quickly, if nothing else. Wish me luck!